Why study in Spain:

Spain is the fourth largest country in Europe with a population of 47.1 million. It is located in Iberian peninsula.85% of peninsula is occupied by Spain and the remaining, by a smaller neighbor Portugal. Madrid is the largest city and the capital as well. The official and national language is Spanish.

Spain is a popular travel destination because of its stone castles, snowcapped mountains, vast monuments, and smart cities.The country is geographically and culturally diverse.

The cities of Madrid and Barcelona have numerous top ranking educational institutions. Students from various countries experience the cultural, historical and recreational events throughout the year. One can find the Carnival attitude on Spanish highways all the times.

Some of the oldest universities are situated in different parts of Spain. The University of Salamanca was founded in 1218 and has been continuously operational till today.Thousands of students are applying to the University every year.

Spain offers a plethora of International universities with a wide range of courses, being taught in English medium.

The main difference between Public universities and private university is in cost of study. Public Universities are funded by the government. So the tuition fee is lesser than the Private University.

Public Universities usually give more freedom to their students. They also offer a wider range of courses, but Private Universities provide individual attention to the students.

Spain admission process is very painstaking. Better you contact our career counselors at IAEC to help you with the process. 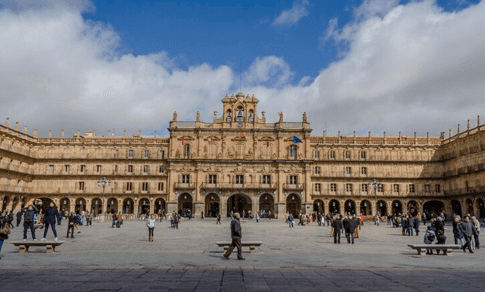 A Masters' program requires a relevant Bachelor's or equivalent degree.

Get the appointment for Visa Interview.

After visa approval, book your tickets.